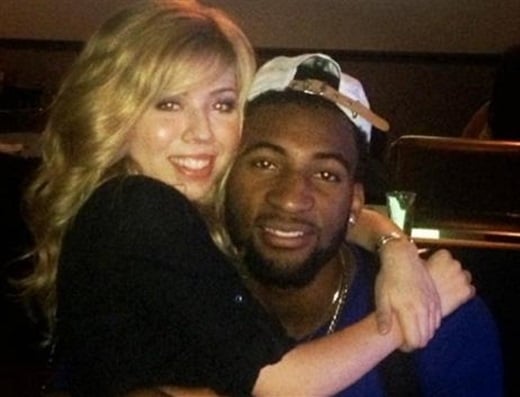 Jennette McCurdy, the star of the Nickelodeon’s “iCarly” and “Sam & Cat”, is using her status as a role model to millions of young girls to promote race mixing by flaunting her relationship with NBA Detroit Pistons’ star Andre Drummond.

Of course the glorification of interracial dating is a Zionist plot to further muddy the bloodlines of the infidel masses, and make a race of mongrel idiots that are too stupid to ever rise up against their Jewish masters.

Degenerate whores like Jennette McCurdy who actually find these stinky, flat-nosed, ashy-skinned abids attractive, are used to sell kids on how cool it is to get knocked up by one of these animals.

Thankfully us powerful genetically pure Muslims will soon conquer the world, and it will be stones for the mudsharks and their half-breed bastard children. Allahu Akbar!