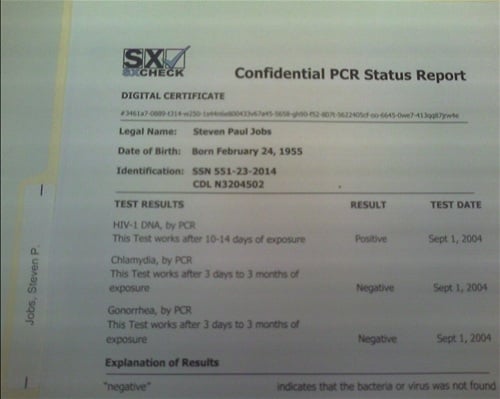 As you can see from the photo of Steve Jobs’ medical file above, the co-founder of Apple tested positive for HIV back in 2004 (for a full size version click here)

Of course the Zionist controlled mainstream media are circulating the false story that Steve Jobs died due to complications of pancreatic cancer as a smoke screen. However, Allah in his wisdom inflicts AIDS patients with something called “Kaposi’s sarcoma”, which emulate the effects of pancreatic cancer. Which would explain why Steve Jobs would use it as his cover story.