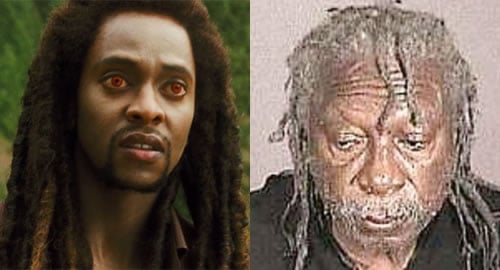 Edi Gathegi, the actor who portrays Laurent the vampire in the Twilight films, has really let himself go. Sources close to the actor say that Gathegi has been distraught since learning that his character was to be killed off in The Twilight Saga: New Moon, which premiers today.

“Ever since he found out that Laurent dies he’s been robo tripping pretty hard,” said co-star Robert Pattinson. “I watched him polish off four bottles of Robitussin in one sitting.”

Added Pattinson, “I told him he better slow down, but he just told me to shut my cracker mouth.”