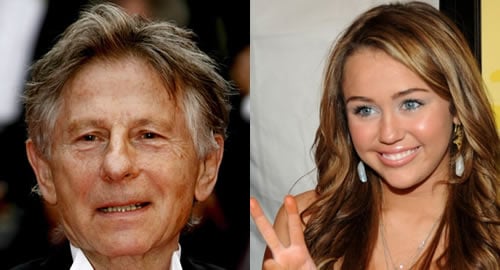 In May of 2009 Screen Junkies received an unsolicited review of Hannah Montana: The Movie from famed director and noted statutory rapist Roman Polanski. Due to current events we have decided to run the review in its entirety.

If the film has a flaw it’s that the eroticism, though prevalent throughout, is too subdued. Studio pressure for a “G” rating prevented the director from showing even the slightest bit of Quaalude-induced non-consensual sodomy. However, the subtlety speaks volumes. After all, much like his characters, the film’s director has fallen victim to society’s sexual hypocrisy.

Read the rest of Polanski’s review at ScreenJunkies.com