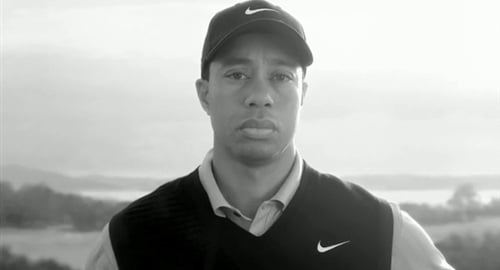 Tiger Woods and Nike caused a great deal of controversy yesterday with a new commercial which features Tiger awkwardly staring into the camera as the voice of his dead father Earl Woods berates him from beyond the grave.

Many are outraged at Tiger for exploiting his dead father to get forgiveness from the consumer masses. I however do not blame Tiger for the ad, but am instead furious at Nike. This commercial would have been a million times better if they would of had the audio from Tiger’s voicemail to that whore, were he begs her to take her name of her voicemail playing, while he makes that stupid face.

Luckily for the marketing whiz kids at Nike someone on the Internet had the savvy to replace their ineffective audio with the Tiger Wood’s voicemail. See for yourself how great this Nike commercial is now below.