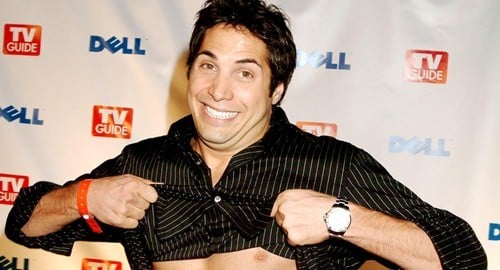 Joe Francis, America’s favorite smut-peddling scumbag, is back in the news. The Associated Press is reporting that former Girls Gone Wild Producer Aaron Weinstein allegedly bribed two Reno prison guards with expensive gifts in exchange for preferential treatment for Francis while he was in the clink. “Preferential treatment” included use of prison telephones and not getting raped by other prisoners.

Weinstein allegedly gave the jailers cash and various other gifts, including Oakland Raiders’ tickets. In all fairness, Raiders Tickets are a small price to pay to keep the other prisoners out of your asshole, especially when considering most people are giving their Raiders tickets away for free.

In an interview with TMZ, Francis said that the allegations could not be true since if someone representing him would have tried to bride the guards, girls would have been involved. Classy.

“People have levied so many charges and allegations against me; everything has been proven false all the way through,” said Francis.

Apparently years of watching sweet-young titties bouncing back and forth has warped Mr. Francis’s memory, considering that in 2007 he plead guilty to having sleeping pills and cash in his prison cell. The contraband was discovered after Francis tried to bribe a jail guard with $100 in exchange for a bottle of water. Oh, and don’t forget the time Francis was convicted on child abuse and prostitution charges after pleading no contest in a plea bargain.

Maybe I’m just jealous because this guy touches more boobs in a weekend then I will see in my whole life. That being said, SCREW HIM!