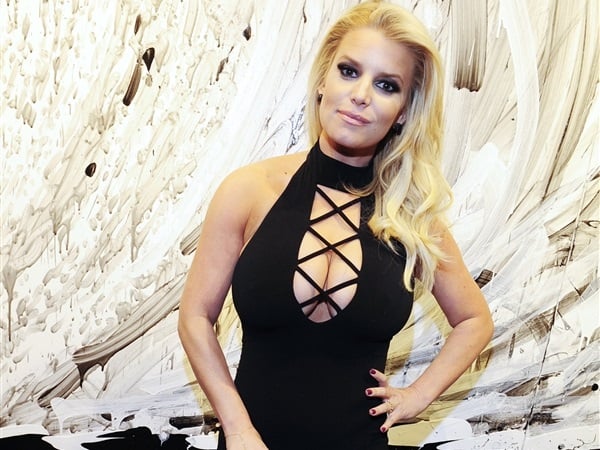 If Jessica Simpson had half a brain she would realize that to contain her ridiculously immodest bosom and not incur the righteous wrath of Islam, she must either wear the burka or have an Imam chop her blasphemous boobies off with a scimitar. If Jessica thinks that just crisscrossing a few pieces of string in front of her breasts is going to be enough to dampen their satanically sinful effect, then perhaps she needs a virile Muslim to vigorously run his tunic snake up and down her tit valley to show her the error of her ways.