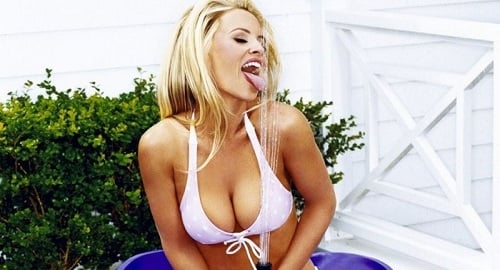 Playboy Playmate turned actress Jenny McCarthy has long claimed that her son’s autism was the result of a childhood immunization. For years she has campaigned against MMR shots (immunization for measles, mumps, and rubella), telling the mothers of America that their ugly, infidel babies were only one needle-prick away from becoming Rain Man.

But now she’s changing her tune.

According to an upcoming article in Time, Jenny claims that her son probably never had Autism, and that he is now doing fine, invalidating her concerns about vaccinations. That seems like a pretty big mistake…a little too big, if you ask me.

Clearly, the Zionist owned pharmaceutical companies, in conjunction with their allies in the Jew controlled media, have gotten to Jenny. I’m not sure if she is being blackmailed or if they have bought her off with their Jewish blood money, but McCarthy’s reversal is nothing more than an attempt to hide an Israeli vaccination plot which seeks to turn our children into autistic number crunchers who can work at Jew run accounting firms. It’s so painfully obvious.

My family stopped vaccinating our children and goats years ago. Sure, our clan’s infant survival rate has seen a 30% drop, but the baby goats have held steady. Besides, I’d rather see all of our children die than end up as some sort of retard-Jew calculators.