First Look At Jessica Alba In ‘Sin City: A Dame to Kill For’ 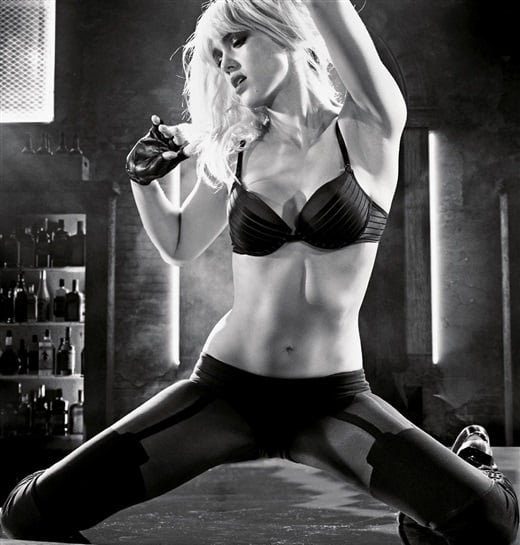 The photo above is an exclusive first look at Jessica Alba reviving her role as stripper Nancy Callahan for “Sin City: A Dame to Kill For”.

While Jessica Alba’s stripper character Nancy spent most of the first film playing the part of the damsel in distress, in this sequel she is out to get revenge.

According to writer Frank Miller, Nancy is “sick of being treated as a piece of ass“, and is instead going to be kicking some ass in Sin City 2.

This change of character should play well with the emasculated men and feminazis that make up the majority of the heathens in the US of A. As any portrayal of a woman being vastly superior to men is lauded, no matter how absurdly detached from reality that is.