Celebs Respond to Perez Getting Punched 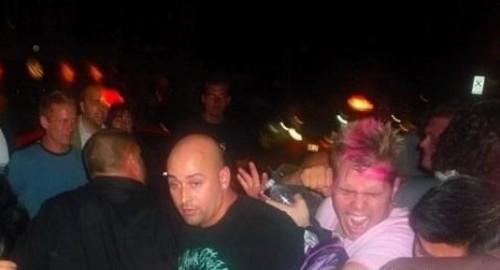 There have been a few celebrity responses to the whole Perez Hilton getting punched incident. It is not surprising that celebrities are being sassy towards the noted sodomite and celebrity blogger. No word yet if any celebrities are going to doodle penises on his pic and post them on their blog though.

Kelly Clarkson:
“I’m gonna be honest with you, he’s gonna get a lot of flowers—not Perez, the manager. I do not think violence is the answer, but what did you expect? You can’t say that much crap about people without having to say something.

Joe Rogan:
“PerezHilton talking about how he doesn’t like drama in his life after he called Will.I.Am a fag and got punched in the head made my day. Watch this, it makes you want to smack him. 3 He talks shit about people for a living and gets upset when karma rolls.”

John Mayer:
Not true. In fact I’d like to train you in Krav Maga. Then you’ll have the situational awareness not to get in someone’s face. I also want to train you in an old martial art called “Never Call A Black Dude a Faggot Jitsu.” this will be the last public mention of it. You know how to find me. Words have cause and effect, even if the effect is wrong.”

Frankie Muniz:
“Perez Hilton, how do you call a man a FAGGOT right in his face and not expect to get hit?”

Travis McCoy (of Gym Class Heroes):
“PS. WILL.I.AM- 1, PEREZ-0, It’s about fucking time.
AAGH,I just watched him get his Chris Crocker on ‘I write drama about other peoples lives,I don’t want drama in mine’ You got BOOM BOOM POW’D! Violence is not the answer. Trust me, been through it. The fact is, not EVERYONE is going to take being called a vulgar expletive lightly.”