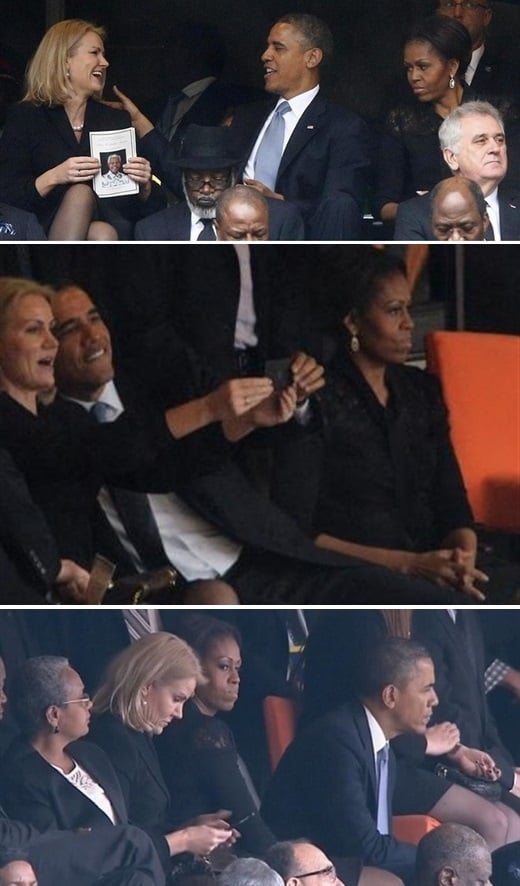 US President Barack Obama gets cock blocked by his fugly wife Michelle at the Nelson Mandela memorial service.

As you can see in the series of photos above, President Obama was running game on Danish prime minister Helle Thorning-Schmidt (much to the chagrin of his wife) when Michelle forces him to switch seats with her, claiming she couldn’t see the lion fights over all the African feather headdresses in front of her.

A true black man would never let his bitch get in the way of him scoring some busted white girl strange. Clearly the US President is more Barry Soetoro than Barack Obama when Michelle is around.